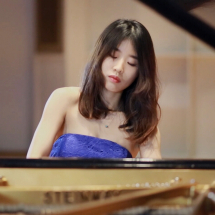 Ms. Wen has performed as a solo artist and a collaborative pianist throughout the United States and China. Her notable performances including recitals and concerts at Carnegie Hall in New York City, Concert Hall in Boston University and China Conservatory Concert Hall.

As a member of MTNA, she is also known as an experienced piano teacher responsible for organizing piano lesson for kids, amateurs, and music major or non-music major undergraduates; Arranging studio class and semester concert; Giving lectures on music appreciation and piano literature.

Check Out Our Houston Music Teachers