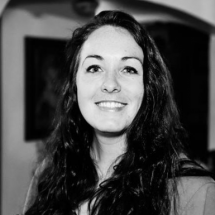 Sarah grew up playing piano, trumpet, guitar and studied classical voice for 4 years. She began songwriting at the age of 15, and started playing professionally at age 20 during her years at Michigan State University. During this time, she played several hours at bars and restaurants that ultimately developed her own style of guitar playing and singing. Since 2013, she has performed over 1,500 times in various states in the U.S. and European cities such as Prague (cz), Dublin, London and Brighton (UK). She has released two EP's, "Under Painted Skies" and "Brink of Love" (listed online under Sarah Brunner).

Currently, she is Seattle-based and enjoys playing various gigs around Washington, both solo and with her band The Two Tides. When she is not playing music, she enjoys traveling, hanging out with her friends and puppy, reading and watching movies.