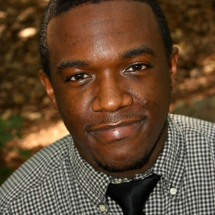 Robert Boone Jr., a native of Augusta, Georgia, is a graduate of Kennesaw State University with a bachelor's degree in Music Performance. Believing in giving back to the community, Boone has played in a plethora of venues including local nursing homes, elementary schools, and also more traditional venues such as The James Brown Arena, The Augusta Bell Auditorium, Churchill Grounds, The Cobb Energy Centre, The Dr. Bobbie Bailey and Family Performance Center, and Spivey Hall. Boone is the recipient of the Louis Armstrong Jazz Award and was named the Most Outstanding Musician of Davidson Fine Arts High School in 2009. As a member of various collegiate ensembles, as well as being an active freelancer, he has collaborated with leading artists such as Trey Wright, Tyrone Jackson, Sam Skelton, John Lawless, Justin Chesarek, Marc Miller, Marcus Lewis, and Lester Walker. Boone is currently an active freelance musician/teacher in the Atlanta area.