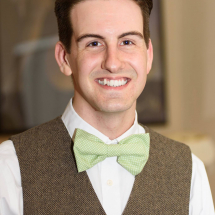 Learning to play guitar at age 16, Matthew Goings began writing songs and started his first band in 2008. He then went on to form the post-hardcore band, All Gone Grey, taking on the role of lead vocalist. Unsatisfied with recording experiences and wanted to embrace the DIY ethos, he started learning how to record music on his own. He graduated from Daytona State College in 2012, with a degree in music production technology. Initially just recording and mixing his own music and projects from friends as a hobby, Matthew launched Killian Studios, LLC in January of 2019.