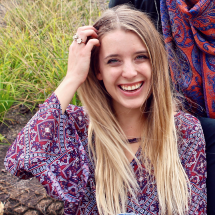 Laura Feibelman is a flute, piano, piccolo and vocal instructor with over 15 years of experience. She believes successful professionals value ongoing learning therefore is active in the community and believes she can learn from engaging the next generations. Music has given her a platform to exercise self-expression and meaningfully connect with others which she is endlessly grateful for.

Laura began her musical journey in a children's church choir then took on leading roles in school musicals such as Annie and Once On This Island in elementary school. She began classical piano at 8 years old with private lessons in her home and recitals. She quickly learned that playing the piano really helps one visualize key fundamentals of music with the patterns of black and white keys. The ability to play multiple simultaneous lines of music are greatly fulfilling too! When she was offered the challenge of learning another instrument while in middle school, Laura jumped towards the chance to join ensembles with others through playing flute. Buying a flute at Costco was her humble beginning of the journey.

As a classical flutist, Laura enjoyed opportunities with concert bands, orchestras, private lessons, recitals, small ensembles, and solo features. She also toured the country with marching band and became section leader in high school. She was invited to pick up the piccolo and did so beginning in middle school. A big part of her growth was her participation in Flutopia -- a woodwind-heavy ensemble meeting at GMU weekly -- which she joined in middle school. In high school, she performed at Carnegie Hall with Flutopia, guided by Jennifer and Judith Lapple who remain her biggest inspirations and teachers with the instrument. Due to her high school affiliation, she joined a tour of Europe performing as Virginia Ambassadors of Music in high school. She is infatuated with the unique sound and versatility of the flute.

She pursued flute and piano further while in Miami University as a music performance student. Since then, she has performed in the greater Washington, D.C. area in jam, jazz, reggae and rock performances which has helped her broaden her comfortability with the vast expanse of music. Practicing piano in improvisational settings has been greatly fulfilling. She often participates at charity events such as performing recently on flute and vocals to an audience of about 100 people at University of Maryland with only one other musician, Mo Kazemi. Laura explores flute and singing harmonies with Space&Time, an 8-piece band with a horn section and rapper looking forward to their second festival this season along with a few other shows. She is gaining more experience with the business side of music by helping manage the band Space&Time as well.

It is noteworthy that the practice of music connects the left and right hemispheres of the brain. Music can greatly benefit your life overall no matter what the future holds and is such a worthwhile pursuit! Laura has is familiar with how sweet possibilities can be with music so is very excited to encourage other beings into its wonderful world!