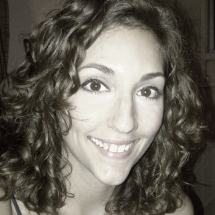 Kathryn Radakovich's love of music began at an early age and has continued to grow over the last 20 years.

She studied classical voice and flute at the University of Idaho during her secondary education and then went on to pursue her Bachelor of Music in Vocal Performance and Bachelor of Arts in Music Theory and Music History from that same institution while maintaining her private teaching studio for voice and flute students.

Her studies later brought her to Southern California where she obtained her Master of Music in Vocal Performance from CSU Fullerton in 2011 and was a sought after voice, flute, and piano instructor all over Orange County. She has taught all ability levels and ages (5-82!) and loves sharing her passion for music with her students.

Teaching music has been, and continues to be, one of the most rewarding and educational experiences in her life. In addition, over the last few years, Miss Radakovich has performed in many of Southern California's leading choral ensembles in venues including Disney Hall, Honda Center, Segerstrom Center for the Arts, Staples Center and the Hollywood Bowl.

She has frequently performed in many genres including classical, jazz, rock, country and liturgical and these performances have taken her around the globe as well as on stage with the likes of Andrea Bocelli and John Williams.

Recently, Kathryn has relocated to the beautiful city of Denver where she sings at Cathedral Basilica of the Immaculate Conception, St. Andrew's Episcopal Church, and with St. Martina's Chamber Choir.