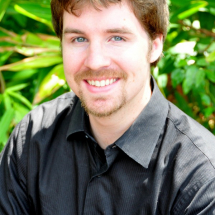 Jonathan Lee Smith, guitarist, is an active musician in northern Virginia and a current doctoral student of classical guitar at Shenandoah University.

Jonathan has received awards in a number of competitions including 1st place "James Stroud All-Ohio Guitar Competition 2014;" 1st Prize "Southern Guitar Festival 2014, chamber division;" 3rd Prizes in both the Classical and Blues/Rock categories of the "Wilson Center Guitar Festival and Competition 2013;" and highly commended for the Stetson University Concerto Competition in 2010.

While pursing classical guitar in academia, Jonathan actively performs solo guitar and with his flute and guitar duo, Galesto-Smith Duo. Other past ensembles include Strings Attached (guitar duo) and Florida hit rock band, Run Rhino. The Galestro-Smith Duo has performed concerts in Florida, Georgia, Ohio, New York and in cities as far away as Assisi and Cervo, Italy during the festivals "Suonare in Italia" and the "Mediterranean Guitar Festival." Run Rhino has been featured as an opening band for "Hippiefest" (3 years in a row) in Daytona Beach, FL; "The American Music Festival" in Daytona Beach, FL opening for Lifehouse; and has opened for other national acts such as Foghat, Jefferson Starship, and Molly Hatchet. Jonathan has performed in master classes for Manuel Barrueco, Roland Dyens, Eliot Fisk, and Lorenzo Micheli, to name a few.

In addition to classical guitar, Jonathan teaches other instruments including piano, ukulele, banjo, and mandolin and specializes in other various genres such as jazz, pop and rock. Jonathan received his Masters of Music degree from the University of Akron under the study of Stephen Aron and his Bachelor of Music from Stetson University studying with Dr. Stephen Robinson. Jonathan is working on his Doctorate of Musical Arts, guitar performance, under Professor Julian Gray and is practicing his profession as a teacher, performer, arranger, and recording artist.