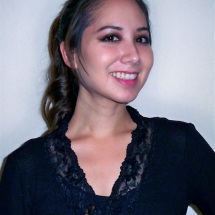 Heather Johnston Riley is a renowned music educator whose passion lies in sharing her gift for music with students of all ages. Since 2006, Heather has worked with Lessons In Your Home, as a private piano teacher. She has found that this school and its commitment to excellence has served as the best outlet for her to contribute to the growth of music education in younger generations. In continuing to promote advancement of the arts, Heather has taken the role of Director of Lessons In Your Home, Washington D.C. as of June, 2010.

Originally from a rural town in Georgia, Heather dedicated most of her childhood to gaining an extensive education in the performance of music of all styles on a variety of instruments. She especially excelled in piano. At the age of 7, Heather was enrolled in piano lessons with local teacher Ramona Lord and continued with the same instructor through high school. Under Lord's tutelage, Heather developed a range of playing styles that include not only Classical repertoire, but also sacred and popular styles.

However, Heather did not stop with piano. She also began playing flute in school bands at 8 years old and continued through her senior year in high school, during which she participated in a District Honor Band held at the University of Georgia. During her high school years, Heather further expanded her instrument range to guitar and church organ, in addition to preparing for collegiate auditions at various music schools in Georgia. Notable accomplishments during this time include participating in an intensive piano retreat at Shorter College in Rome, Georgia, receiving a scholarship from the local Monroe Music Guild at the age of 17, and performing in a solo piano recital. After graduating high school as Salutatorian of her class in 2003, Heather also took a position as church pianist for Bethel Baptist Church in Statham, Georgia, where she continued to grow her experience with the performance of church music from 2003 to 2006.

In the Fall of 2003, Heather continued her music education at Georgia State University's School of Music under the instruction of the acclaimed pianist and pedagogue Dr. Robert Henry. She also had the fortunate opportunity to study music recording technology with composer Dr. Robert Scott Thompson, who is noted for his work in the realm of computer and electronic music. Heather, in her junior year at Georgia State, received a scholarship from the Georgia State School of Music for her academic achievements in the music technology concentration, in addition to having received a full academic scholarship from the university upon initial enrollment. In December of 2007, Heather graduated Magna Cum Laude from Georgia State University with a Bachelor's Degree in Music.

While Heather dedicated most of her academic career to the study of Classical Music, she also was involved with many popular music endeavors throughout the later years of her enrollment at Georgia State and post-graduation. Most notably, Heather performed with rock band The Drownout from 2005 through 2008 and participated in three East Coast tours. Highlights of these tours include shows at the Spotlight Live in Times Square, New York, and the EarthLink Live in Atlanta, Georgia. Now, Heather continues to write and record her own music, and enjoys sharing with students the techniques involved in branching out from Classical studies and evolving them into popular styles. Looking towards the future, Heather hopes to play an important role in sharing the joy of music with all of the students with which she is fortunate enough to work.

Tips for Violinists For Improvement